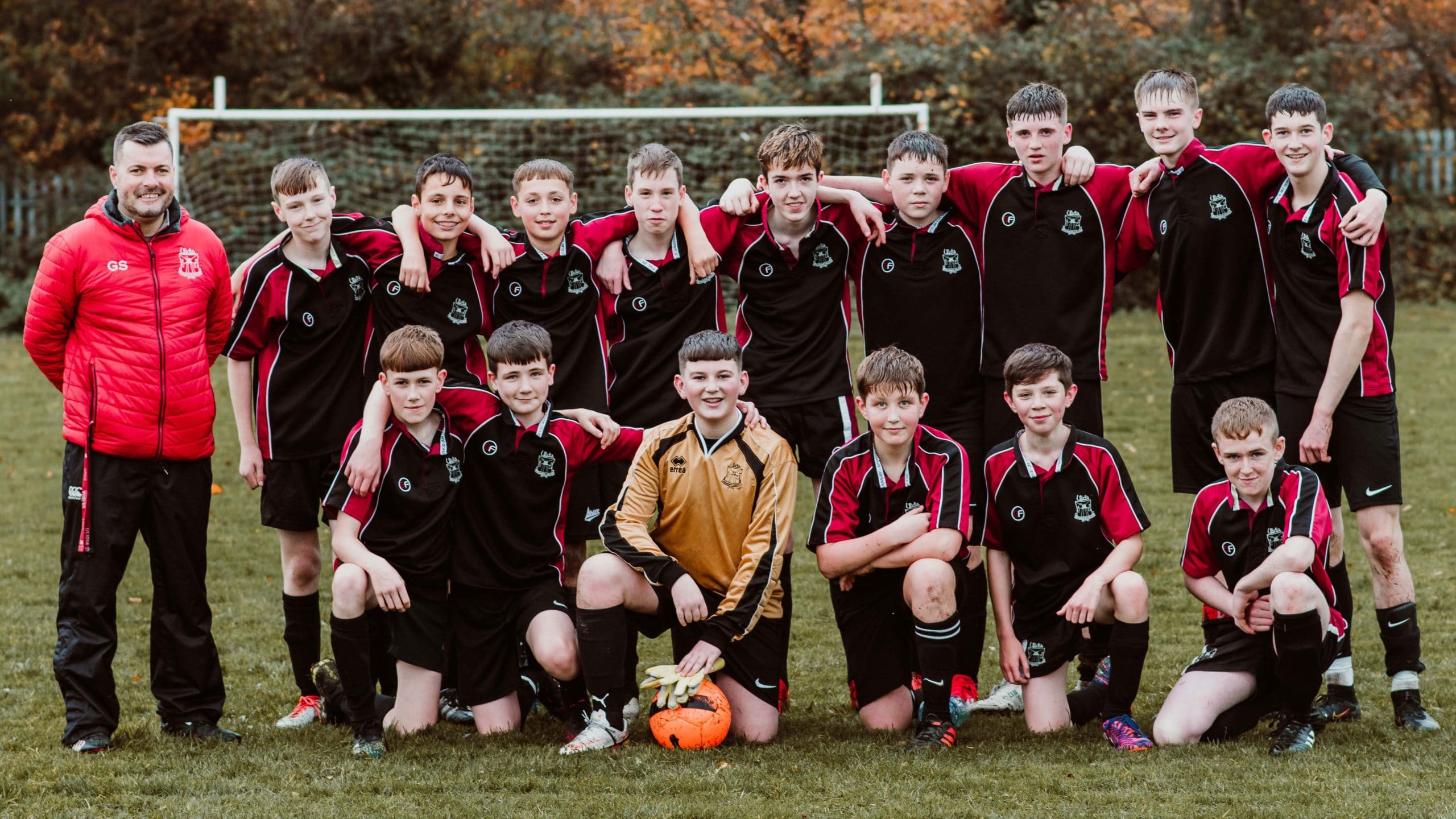 Posted at 15:41h in General News by MrParkes
Share

This year we have seen a successful start to many after school sports in Ulidia IC.  In particular, after school Football has been well supported.  Every Thursday, pupils from year 8-10 have been turning out in large numbers to train, develop and just enjoy getting to play again, which has been great to witness by Mr Dunlop and Mr Lyons.

On Thursday 18th November the year 10 were able to host and welcome Carrick Academy for a friendly match.  It was a pleasure to see the pupils enjoying the opportunity to play again, it was clear to see that a healthy rivalry still existed between the pupils, due to friendships outside of school.

In what was a fairly even game, reflected by a 1-1 score line at half time.  Ulidia IC produced a strong second half and with some clinical finishing ran out eventual 4-2 winners.  Congratulations to all involved and in particular to the three Year 9 players playing up.