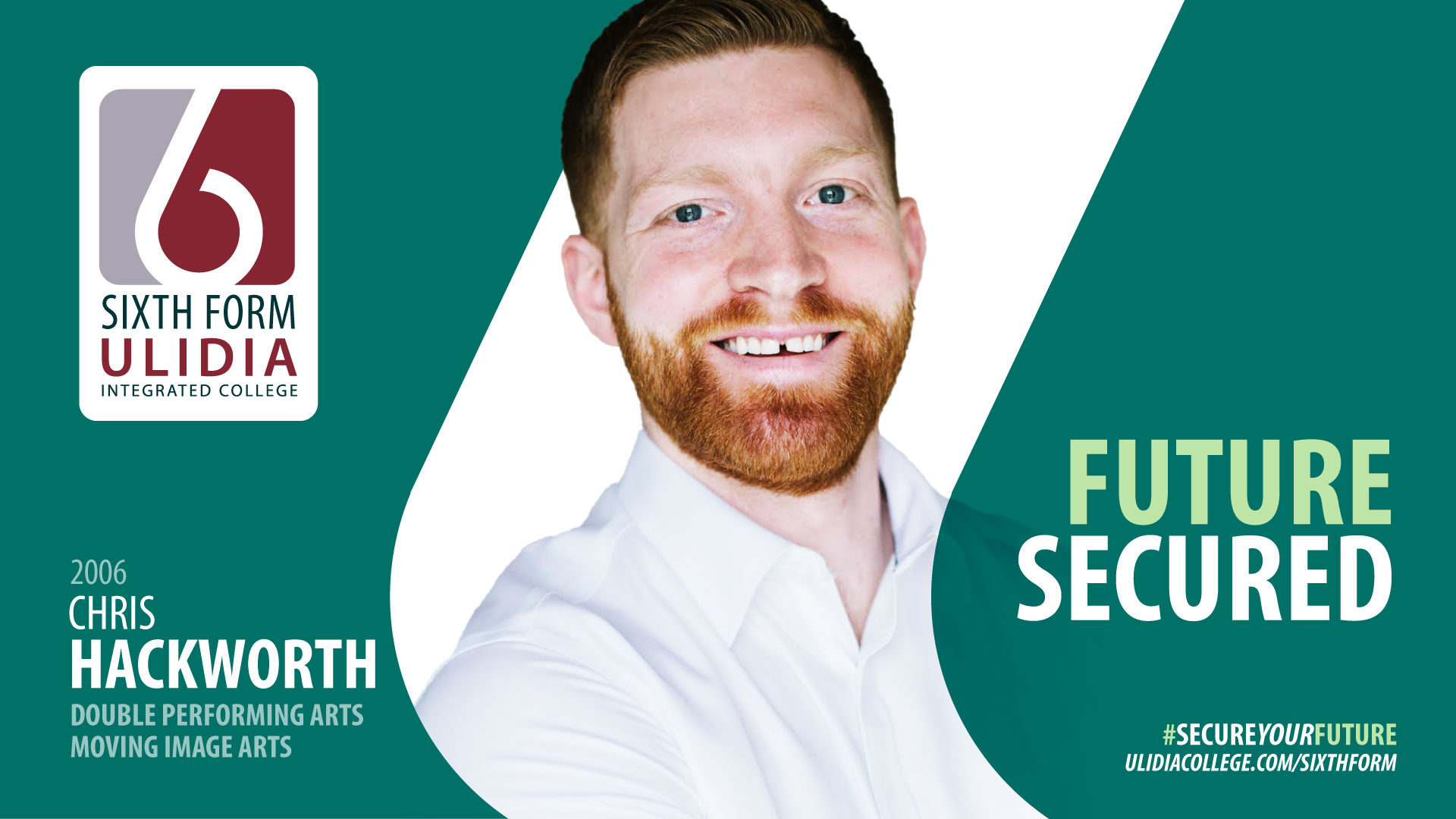 Posted at 09:30h in Sixth Form by MrParkes
Share

I studied Double Award Performing Arts and Moving Image Arts at Ulidia and then studied Drama at Queens University where I graduated with First Class Honours. While I was studying at University I volunteered at a Drop-in Centre in Whitehead and when I graduated I worked a number of different youth work jobs. Eventually I settled in Barnardo’s working in a Children’s Home where I realised that I actually really enjoyed working with children. So I went back to University to study Social Work and I’m due to graduate this summer.

I met some of my best friends at Ulidia and we still keep in touch today. Some of my best memories include: competing in a dance competition called Global Rock Challenge, winning the school talent show, playing Dandy Dan in Bugsy Malone, and all those 18th birthday parties in Year 14.

Why study sixth form at Ulidia:

What I really liked about Ulidia was the ethos and values. I think a lot of schools can offer you good grades, but Ulidia was always about more than that – respect, diversity and pupil wellbeing. There aren’t many schools that prioritise those sorts of things.

Aspirations for the Future:

I’m looking forward to graduating this summer and getting stuck back into full-time work. I have already been offered a full time permanent job with the Northern Trust and have a few more interviews over the next couple of weeks so the future is looking bright!